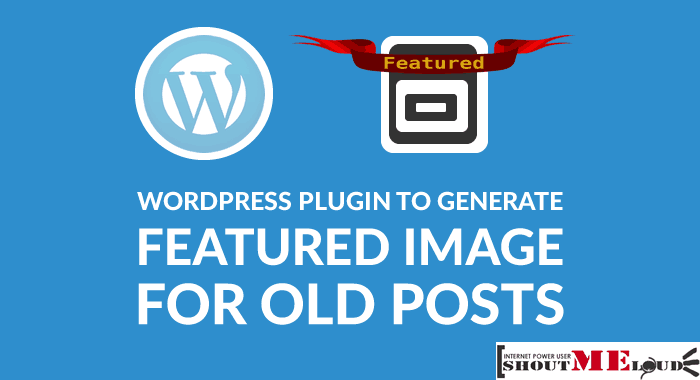 I have been working on WordPress from last 12 years, and have seen how WordPress is changing, and so themes. Earlier, most of the plugin used custom field to show thumbnail, and later they shifted to the timthumb script for showing thumbnail on homepage.

Later a vulnerability was found in timthumb script, and most of the theme developers, integrated WordPress default featured image feature to show thumbnail on homepage or on archive page. This actually is better than using custom field options, or using scripts like timthumb.

Though, this also create problem for those WordPress bloggers, who are changing their theme from old to new, and now they have to manually set featured image for all old posts. Well, here is a solution in such scenario:

One of my client recently installed Publisher WordPress theme, which is indeed a power-pack WordPress theme, and looks great on a Technology or health blog. My client (Martin), in this case has a tech blog, and he installed and configured Astra theme. Though one major problem which he faced was: generating featured image for all his old 6000+ posts. Which is technically impossible, and I tried few plugins, which auto add featured image in WordPress.

The problem with many plugins which I tried is, they automatically add featured images for new posts, but not for old posts. After trying few plugins, I stumbled upon Easy add thumbnail plugin, which worked like a magic wand. This is by far one of the simplest plugin I have seen, which auto add featured images to all old blog posts. More over, you don’t even need to make any setting changes, and works as soon as you activate the plugin. Here is a screenshot of my client site, after activating it:

Since this plugin doesn’t depend on theme, and works with default featured image function of WordPress, it will work with all the WordPress themes, which is compatible with latest WordPress version.

Also, it generates the thumbnail from the first image of the post, and for old posts, it automatically sets thumbnail, when a reader check your old archive. This will be very helpful, if you have medium powered WordPress server, and you don’t want to put extra load on your WordPress host.

You can download easy add thumbnail plugin from official WordPress plugin repo here. If you are using a custom theme, you can read this guide from WordPress codex on how to enable post thumbnail support in your theme.

If you face any other issue with generating featured images for old posts, you can put your queries via comments.

Authored By Harsh Agrawal
I'm a WordPress lover and using WordPress in my day to day blogging life. Here at WordPress Tutorial blog, I talk about various WordPress tips, plugins and hacks which any WordPress blogger will be needing it. Subscribe to stay tuned with latest update.

How to Start a Blog

Must Have WordPress Plugins